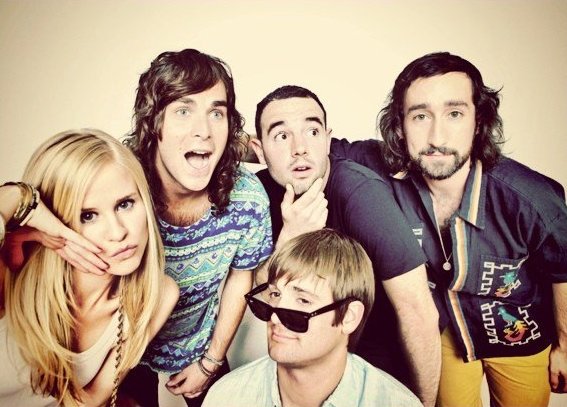 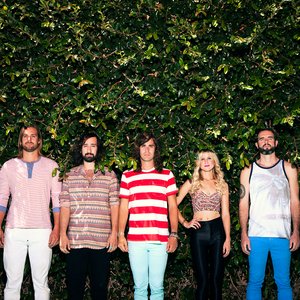 Youngblood Hawke is an indie rock band formed in Los Angeles, California in 2011.

Both Simon Katz and Sam Martin were in the band Iglu & Hartly, but after a 2011 hiatus, the two reformed with three of their long-time friends to form Youngblood Hawke. Their name is taken from the Herman Wouk novel of the same name. In October 2011 before landing a record deal with Universal Republic, Youngblood had a residency at The Satellite in Los Angeles. Aside from that, the group has performed at SXSW, playing showcases such as Comedy Central Workaholics showcase and Purevolume House . The band is based in Silverlake, Los Angeles where they are working on their debut album and have worked odd jobs on the side during the recording process. Youngblood Hawke's latest single "We Come Running", has been described by LA Weekly 's Kevin Bronson as showing the quintet's "skills at grabbing hold of the pop jugular vein".Their track "Forever" was included in Starbucks Pick of the Week for September 2012. Before that, they joined the lineup for both Echo Park Rising festival as well as Lobsterfest . Recently, Youngblood Hawke's video for their debut single "We Come Running" was featured on Rollingstone Magazine , "where they play music and scuba dive with sharks in time" in hopes to help promote the conservation of sharks. The band is currently on tour with Passion Pit.
Their music has been described as "maximalist pop."

Their eponymous 2012 release spawned the single "We Come Running," which features the West Los Angeles Children's Choir during the chorus. The song has received airplay nationwide, and has been described as "anthemic" and having "youthful spirit."
The album itself has charted in Billboard's Top 200 albums for the week of 1 September 2012, and #3 on the Heatseekers Albums chart for the same week. The week of 20 August 2012, "We Come Running" was slated as the "Single of the Week!" by iTunes.