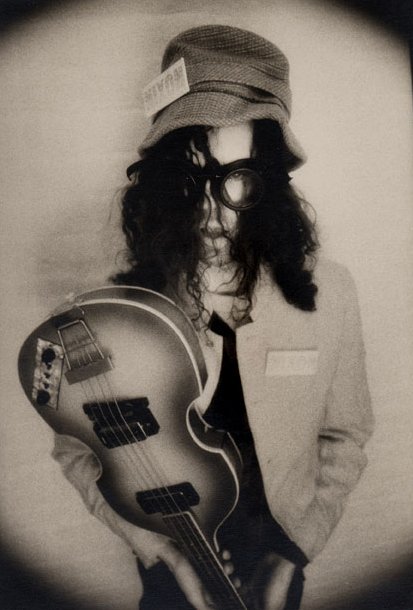 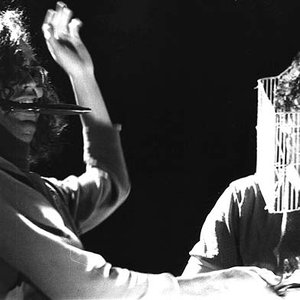 There are at least 3 artists with the name Kramer. First, the owner of defunct Shimmy Disc records. Second, a progressive rock band. Third, a producer of electronic dance music.

1. Kramer is a legendary artist, producer and former owner of the now defunct Shimmy Disc record label. He has produced such bands diverse bands as GWAR, Low, King Missile, Deep Jimi and the Zep Creams, Urge Overkill and Galaxie 500. His first label, Shimmy-Disc, left it's imprint on the Indie music scene during its heyday from 1987-2000. Kramer dropped out of the music business, then returned with a new label, Second Shimmy and started producing, mixing, mastering, and releasing works again. In the past couple of years, he's worked with over 100 bands/artists in the US, Europe, Japan, Australia, and Canada, including Jessie & Layla, 22-Pistepirkko, Monotonix, Harper Simon, GG Allin, HowardAmb, Tiny Tim, and other experimental/indie music. The first band he played in was with New York Gong, where he first met the legendary guitarist/pyschedelic pothead pixie Daevid Allen. Bill Laswell played bass in that band for a time. Then, in the early 80s, he teamed up with Eugene Chadbourne and created a whole new pyschedelic sound of new wave and rockabilly. Shockabilly only released two recordings before disbanding. Kramer setup his now famous studio in New York called Noise New York and some of the bands on his fledgeling new label were astonished at the quality of sounds that Kramer could produce in his rinky dink little studio. In the mid 80s, while working with Dogbowl on one of his early albums Kramer met actress and performance artist Ann Magnuson, whom he'd also seen in the band Pusallama. He then recruited Dave Rick on guitar (also of King Missile fame) and longtime Shimmy Disc alumn David Licht on drums and Bongwater was born. Like, King Missile, the band managed to score a few college radio hits in "The Power of Pussy" and "Folk Song", both from The Power of Pussy album. However, as with many bands, egos and money got in the way and the band, according to Kramer's own liner notes in the Bongwater Box-set, " broke up into a million pieces, destroying everything in its path…" …Including Shimmy Disc itself unfortunately… Kramer has worked with some legendary musicians as well. He collaborated with Hugh Hopper, and Daevid Allen in 1999 for a group they called Brainville. He recorded two albums each with Gong guru Daevid Allen and with Soft Machine graduate Hugh Hopper. Also, on the Shimmy Disc release commemorating the 20th anniversary of the summer of love Kramer enlisted the voices of Allen Ginsberg and Tuli Kupferburg. In the early 2000's Kramer moved Noise New York to Miami, but is not very involved with music business. Sources: http://www.kramer-music.nl/Bio.htm, http://www.kramershimmy.com/index.html.

2. Kramer is a Dutch progressive rock band from Amsterdam, NL. The band started in November 2001 as 'Lorian'. In 2004, after some changes in musicians, the name of the band was changed to 'Kramer'. Currently Kramer is engaged in the project 'Life Cycle'.

3. Kramer, Lars Brämer, is a producer of electronic dance music. Published, for example, on Get Physical Music.