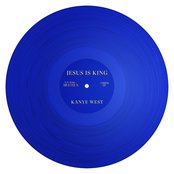 JESUS IS KING is Kanye West’s ninth studio album and the follow-up to his June 2018 release, ye. The project debuted on October 25, 2019, a little over a year after the initial release date for Yandhi, which was scrapped and reworked into a gospel album.

To the surprise of many, his wife Kim Kardashian took to Twitter on August 29, 2019, to announce Ye’s newest solo effort on his behalf—along with its title, tracklist, and release date. On the same day, producer Teddy Walton tweeted about his involvement with the project:

"Been editing these @kanyewest vocals to make it sound like some graduation shit. The year ain’t done."

Throughout 2019, Kanye began hosting “Sunday Service” worship events, where he performs gospel-inspired versions of his classic songs with a choir and special guests. On the morning of Easter 2019, he debuted the album’s seventh track, “Water,” at Coachella’s Sunday Service.

On September 27, 2019, fans speculated that Kanye would release the album after his Detroit Sunday Service. Instead, Detroit’s Fox Theatre announced a free show via Twitter, called ‘Jesus Is King: A Kanye West Experience,’ where Kanye played the album privately. An hour before the show’s start, Kim tweeted once again, sharing an updated tracklist. After the show, Kim uploaded an Instagram story announcing that the album would release on Sunday, September 29, following listening parties in Chicago and New York. This release date, however, went unmet and there were no subsequent announcements for almost a month.

On October 20, 2019, Kanye made a sudden reappearance on Twitter to announce that the new release date was set for October 25, 2019. He also revealed the cover art, featuring blue vinyl.

Following its release, the album opened at #1 on the Billboard 200 chart, as well as the Gospel, Christian and R&B/Hip-Hop albums charts. It was the first time that a Christian-centered, hip-hop album would top the main national chart since 2014, when Lecrae had managed to do the same with his album Anomaly.

It was also Kanye’s ninth consecutive debut at number one in his career, tying him with a record held by Eminem: a fair share that lasted until 2020, when the Detroit-based rapper took the lead again, following the chart-topping debut of Music to be Murdered By. .