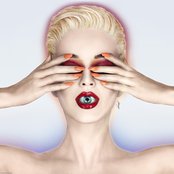 Witness is the fifth studio album by American singer Katy Perry. It was released on June 9, 2017, by Capitol Records. For the album, Perry worked with numerous producers, including Jeff Bhasker, Mark Crew, Duke Dumont, Jack Garratt, Oscar Holter, Illangelo, Ilya, Max Martin, Ali Payami and Shellback. Witness is an electropop album that delves into dance and EDM genres, with lyrics on self empowerment and feminism. Perry described it as an album of "liberation" and "purposeful pop". .

9) Chained To The Rhythm