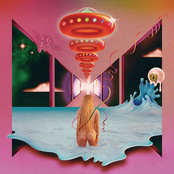 Rainbow is the third studio album by American singer Kesha. It was officially released worldwide on August 11, 2017, by Kemosabe and RCA Records. On July 5, 2017, Kesha announced via her Instagram account that she was releasing a single, titled Praying. The song was released alongside its accompanying music video and the album's pre-order.

Kesha has said that Rainbow was inspired by her "true" musical influences: Iggy Pop, T. Rex, Dolly Parton, The Beatles, The Rolling Stones, The Beach Boys, James Brown, and Sweet. The album contains a combination of both mournful cuts and upbeat dance tracks such as Woman and Bastards. The album opens with the country music-infused cut Bastards, which, as Katie Baillie of the newspaper Metro analyzed, is "about not letting the bullies drag you down." Woman was inspired by a "pussy grabbing comment" Donald Trump made, which angered Kesha and made her yell "I'm a motherfucking woman!" Kesha wrote the title track on a toy keyboard while in rehab. It opens only with vocals and basic chords played on a piano. The first line Kesha sings is, "Got back the stars in my eyes, I see the magic inside of me." Baillie writes that the track "builds in both sound an emotion as a full live orchestra kicks in." Kesha was inspired to write Learn to Let Go by one of her friends who went through "the worst childhood imaginable." The track is also based on Kesha's struggles while making Rainbow. .