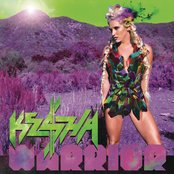 Warrior is the second studio album by American recording artist Ke$ha. It was released on December 4, 2012 by RCA Records as the follow-up to her commercially successful 2010 album Animal and EP Cannibal. Writing of the album began in 2011 while the singer was on tour and continued into 2012, whilst she began recording the album in the first quarter of 2012. Kesha announced at the MTV Video Music Awards that "Die Young" will be released as the lead single from the album on September 25, 2012. C'mon was released as the second single from the album on January 7, 2013. .

9) Only Wanna Dance With You

11) All That Matters (The Beautiful Life)