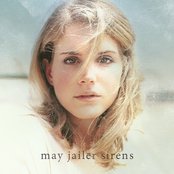 Sirens is an unreleased demo album by American singer and songwriter Lana Del Rey, under the pseudonym May Jailer. It was recorded in 2005 and leaked through YouTube in May 2012.
Composed entirely of acoustic tracks, the album is devoid of the hip hop beats, electronic tones, and experimental music found on Born to Die. The vocals are "granola-style". Most of the album's songs have the same tempo. .