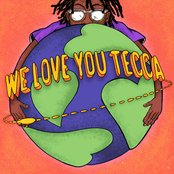 Lil Tecca - We Love You Tecca

We Love You Tecca is New York rapper Lil Tecca’s long-awaited debut mixtape which was released on August 30th, 2019.

Tecca first revealed the album’s title and cover artwork through posts on his social media accounts, causing fans to speculate that the project was coming sooner than as initially thought. On August 28th, 2019, Tecca posted on his Instagram Story, a photo of a “We Love You Tecca” album release party, which also gave fans the official release date. On the same day, Tecca also posted its track-list.

The project includes many songs previously released as singles: