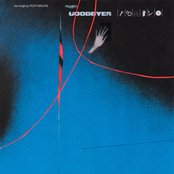 "Goodbyes" is a song by American rapper and singer Post Malone, featuring vocals from American rapper Young Thug. It was released as the second single from Post Malone's third studio album, Hollywood's Bleeding (2019), via Republic Records on July 5, 2019, a day after Malone's 24th birthday, as well as the United States' Independence Day The song was written by the artists, Billy Walsh, Val Blavatnik, Jessie Foutz, and producers Brian Lee & Louis Bell It became Malone's seventh top 10 on the US Billboard Hot 100, as well as his sixth number-one on Billboard's Rhythmic chart. Along with “Sunflower” and “Wow”, Malone achieved three consecutive US Rhythmic No. 1s to come from one album (Hollywood's Bleeding), and was the first time the feat was achieved after Drake's Scorpion spawned three chart leaders in 2018. .