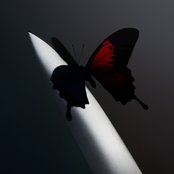 "Twelve Carat Toothache" is the fourth studio album by American rapper and singer Post Malone. It was released on June 3, 2022, by Mercury and Republic Records.

2) Cooped Up (with Roddy Ricch)

4) Wrapped Around Your Finger

9) Wasting Angels (with The Kid LAROI)

12) Waiting for a Miracle