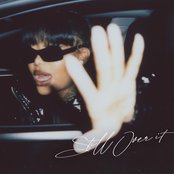 Summer Walker - Still Over It

Still Over It is the second studio album by American singer Summer Walker, released on November 5, 2021, by LVRN and Interscope. On the two-year anniversary of her debut album, Walker announced the release of Still Over It through a video teaser.
Still Over It charts a journey through a messy and complicated breakup. Walker wants you to know she’s singing about her ex-boyfriend and the father of her child, noted Atlanta producer London on da Track. London not only contributes production to half of the album; he’s also the subject of Walker’s lyrical anguish. Her sadness and insecurities aren’t theoretical, and her songwriting is most powerful when she’s descriptive about the depths of that agony: “How could you make me spend my whole fucking pregnancy alone?”

Walker and London aren’t the album’s only contributors, nor the only characters in its story. Opening track “Bitter” is a hazy stream of consciousness where Walker presumably addresses her social-media spats with the mothers of London’s other children (“So why you puttin’ on for The Shade Room and Insta?” she questions). The track ends with a voicemail from Cardi B, who advises Walker to “put that drama in your music.” Lead single “Ex for a Reason”—featuring City Girls’ JT and co-produced by Sean Garrett—shines with a sleek hook and bubbly production reminiscent of Garrett’s early-2000s hits. On the pop-infused “No Love,” Walker and SZA regret defending a man who isn’t worth it: “Tried to act like I wasn’t good enough in your eyes/Funny now that you callin’, that you ringin’ my line,” Walker sings. .