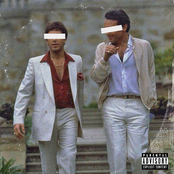 The Plugs I Met

[Intro: Benny the Butcher]
Uh, every king will be crowned
Trust me
Uh

[Verse 1: Benny the Butcher]
This marathon shit, so let's see who first to the finish
If it's less than a hundred racks, it don't deserve your attention
'Cause burdens come with it, my second test was servin' a sentence
My first was make a brick jump like it was hurdlin' fences
Certainly, my last shit was a courtesy, nigga
And further, we had bustdowns before you heard of me, nigga
Shoeboxes stacked with racks sittin' vertically in 'em
I'm fresh out of luck, I'm here 'cause I deserve to be, nigga
I sat back, a vet, and watched beginners winnin' my belts
Burned my bridges, came back a good swimmer like Phelps
You know the feeling, young black male, what y'all dealin'?
Take your whole life to get it, it only last you a minute
In the kitchen countin' cash with cats with backward agendas
Put a Benz in the brick, then toss it back in the blender
That was us, next to a big like I was Puff
The good die young, all the OGs thirty and up
In Alexander McQueen kicks just to dirty 'em up
Money tree, branches break when they not sturdy enough, uh
See, I was good with the bad guy role
Water in my jewels, put 'em on and baptize hoes
Walk in my shoes, we got Shaq-sized soles (Huh)
We flatline those wack rap niggas wearin' half-sized clothes
What's the dealy? I'm only 'bout six hours from Philly
That's an hour on the plane, I'll make it three in the Bentley
My bitch keep sayin' I'm famous, but it ain't hit me
I'm too ghetto, mellowed out, this Hollywood shit tricky
See, before I knew an A&R, I was weighin' hard
Back when Nicki Minaj was in a trainin' bra
You play this game, you better play it hard
The judge'll give you life and later that day, he gon' be playin' golf
I'm from that era, we don't pay it if you weighed it wrong
Back when your parents got your baby shoes plated bronze
We took hip-hop and made it ours
I sold quarters, just so happens I'm the author of your favorite songs
They bullshitted me, I played along
More bars than them niggas who got hit with the Reagan laws
Let's go
[Verse 2: Black Thought]
Yo, when we was hooked in the hood, gettin' booked like literature
Kept us shook, like when the boogieman comin' to get ya
We was crooks, tryna cop more rides than Great Adventure
Any image we took, not a father was in the picture
There was times, not a bite nor swallow was in the kitchen
Real niggas made a industry out of they intuition
Facin' the darkest outcome, sprintin' to outrun the reaper
Trying not to be the food in the mouth of the beast
For whom the bell tolls
Crown kings in Adidas suits and shell toes
We had to throw a lot of body blows and elbows
Wishin' we could get from Snyder Ave to Melrose
Without the Dapper Dan bodybags and jail clothes
That warned niggas not to lollygag when Hell rose
We railroaded through the thicker things for gold chains and chicken change
No one throwin' flames, there's growin' pains when in the game
And the blow, ashes in the snow, it's no remains
Push the wheel as fast as it could go, we overcame the obstacles
But when you official, the block miss you
Even if the old crew choose not to rock with you
We was blue-black, stuck in the glue trap
I had to pull my own self up by the bootstrap
Where everybody play they own part like a tooth gap
And old heads teach the young hitters to shoot back
I been livin' proof that the pressure make precious stones
And real Clarence Avants remain lesser known
But anybody who question you, send a message to 'em
I see my seat at the table to be a blessed throne
Triumph and tragedy, his majesty muscle never atrophied
The devil is a casualty, sucker, you're never catchin' me
Even though you been after me, motherfucker
You gotta bring a army to harm me, I occupy the capacity up
Decapitator of a hater in this modern day
My dossier no less, dealer spray Courvoisier
I'm Jean-Paul Gaultier, Tom Ford, and Cartier
Self-made, I fly vintage from the sommelier
On reserve, flowin' from the blackest fountain
It's all love from public housin' to the Atlas Mountains
I've established the average to always bat a thousand
So after butcherin' this track, it's back to countin'
The money generated from me leavin' microphones broke
Probably almost on par with all of Escobar's coke
When I'm finished, I'ma keep a tennis shoe on y'all throat
Just in case you mention in a interview you want smoke, nigga
Two Fifteen 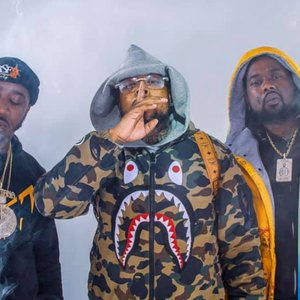 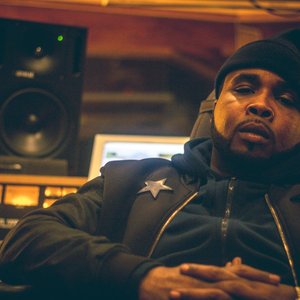