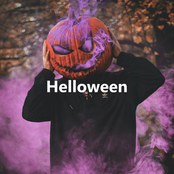 Billie Eilish - Happier Than Ever

[Verse 1]
Give me a day or two to think of something clever
To write myself a letter
To tell me what to do, mm-mm
Do you read my interviews?
Or do you skip my avenue?
When you said you were passin' through
Was I even on your way?
I knew when I asked you to (When I asked you to)
Be cool about what I was tellin' you
You'd do the opposite of what you said you'd do (What you said you'd do)
And I'd end up more afraid
Don't say it isn't fair
You clearly werеn't aware that you made me misеrable
So if you really wanna know

[Chorus]
When I'm away from you (When I'm away from you)
I'm happier than ever (Happier than ever)
Wish I could explain it better (Wish I could explain it better)
I wish it wasn't true, mm-mm
[Verse 2]
You call me again, drunk in your Benz
Drivin' home under the influence
You scared me to death, but I'm wastin' my breath
'Cause you only listen to your fuckin' friends
I don't relate to you
I don't relate to you, no
'Cause I'd never treat me this shitty
You made me hate this city

[Verse 3]
And I don't talk shit about you on the internet
Never told anyone anything bad
'Cause that shit's embarrassing, you were my everything
And all that you did was make me fuckin' sad
So don't waste the time I don't have
And don't try to make me feel bad
I could talk about every time that you showed up on time
But I'd have an empty line 'cause you never did
Never paid any mind to my mother or friends, so I
Shut 'em all out for you 'cause I was a kid

[Outro]
You ruined everything good
Always said you were misunderstood
Made all my moments your own
Just fuckin' leave me alone, yeah (Fuck you)
(Ah)
(Goddamn)
(Ah)
(Fuck you)
(Fuck you)

"Happier Than Ever" is the title track and the sixth single off Billie Eilish's second studio album, "Happier Than Ever" placed as the fifteenth track on the record. It was released on July 30th, along with its music video and the album. Billie Eilish said: “Probably the most therapeutic song I’ve ever written or recorded, like ever, ever, ever ‘cause I just screamed my lungs out and could barely talk afterwards, which was very satisfying to me somehow. I had wanted to get those screams out for a very long time and it was very nice to.” “Happier Than Ever”, was first teased in the February 2021 documentary, The World’s a Little Blurry. In a clip from the documentary, Billie said: “The whole song is just more like nothing even specific that they did, you’re just not happy being with them. Can’t even explain it.”. A snippet of the chorus was revealed, during the commentary, with Billie and Finneas singing a part of the song. Billie also revealed on an interview that the song was previously been titled “Away From You” On April 26, Billie released a 15-second long snippet of the song on her Instagram account, officially announcing the album and welcoming the new era. The music video was released on July 30th. During the music video, Eilish walks back and forth in a glamorous room and performs the song into a telephone, likely speaking to the person mentioned in the song. Midway, as the song transforms, lights start to flicker. Confused, Eilish opens the door and water rushes into the room. The music video ends "cathartic" as Eilish is dancing on the roof in the middle of a downpour and, then, she submerges into the water. According to Betancourt, Eilish "narrates her disappointment with a partner via a vintage landline telephone and looms the end of their relationship" and Curto considered it as "a flood of emotion to match that glorious guitar breakdown".