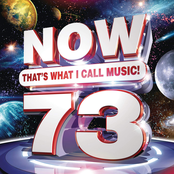 all the good girls go to hell

Billie Eilish - all the good girls go to hell

[Intro]
My Lucifer is lonely

[Verse 1]
Standing there, killing time
Can't commit to anything but a crime
Peter's on vacation, an open invitation
Animals, evidence
Pearly Gates look more like a picket fence
Once you get inside 'em
Got friends but can't invite them

[Post-Chorus]
My Lucifer is lonely

"all the good girls go to hell" is a song recorded by American singer-songwriter Billie Eilish for her debut studio album WHEN WE ALL FALL ASLEEP, WHERE DO WE GO?, being placed as fifth on the tracklist and serving as the sixth single off the project. It was released by Darkroom and Interscope Records on March 29,2019, along with the album. Eilish and her brother Finneas O'Connell co-wrote it, with the latter producing it. A music video in support to the song was released in September 4, 2019, in which Eilish is a fallen angel, who sets fire to everything around her.