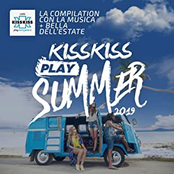 [Verse 1]
Told you not to worry
But maybe that's a lie
Honey, what's your hurry?
Won't you stay inside?
Remember not to get too close to stars
They're never gonna give you love like ours

[Chorus]
Where did you go?
I should know, but it's cold
And I don't wanna be lonely
So show me the way home
I can't lose another life

[Verse 2]
The world's a little blurry
Or maybe it's my eyes
The friends I've had to bury
They keep me up at night
Said I couldn't love someone
'Cause I might break
If you're gonna die, not by mistake

"ilomilo" is a song by American singer Billie Eilish from her debut studio album "When We All Fall Asleep, Where Do We Go?" The song was sent to Italian contemporary hit radio stations on April 10, 2020, by Universal Music Group, and later to US alternative radio on May 26 through Darkroom and Interscope Records, as the album's seventh and final single. Eilish and her brother Finneas O'Connell co-wrote it, while the latter handled the production. Musically an electropop track with ska-influenced instrumentation, the song was heavily inspired by the puzzle video game of the same name. The track also references "Bury a Friend", its predecessor on the album track list.