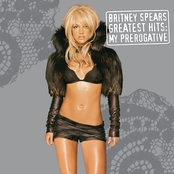 You tell me you're in love with me
That you can't take your pretty eyes away from me
It's not that I don't want to stay
But every time you come too close I move away
I wanna believe in everything that you say
Cause it sounds so good
But if you really want me, move slow
There's things about me you just have to know.

Sometimes I run
Sometimes I hide
Sometimes I'm scared of you
But all I really want is to hold you tight
Treat you right,
Be with you day and night
Baby all I need is time.

I don't wanna be so shy, uh-ah
Every time that I'm alone I wonder why
Hope that you will wait for me
You'll see that, you're the only one for me
I wanna believe in everything that you say
Cause it sounds so good
But if you really want me, move slow
There's things about me, you just have to know.

Just hang around and you'll see
There's nowhere I'd rather be
If you love me, trust in me
The way that I trust in you.

"Sometimes" is a song by American recording artist Britney Spears. The song was written by Jörgen Elofsson and produced by Per Magnusson and David Krueger for Spears' debut studio album, ...Baby One More Time (1999). The song was released on June 7, 1999 by Jive Records, as the second single from the album. The teen pop song, speaks about a relationship where a girl is shy and does not express all of her feelings to her partner, despite wanting to. "Sometimes" received mixed reviews from music critics, with some calling it a further hit from ...Baby One More Time, but an entirely unremarkable song, while considering it an annoying representation of Spears' innocent years. It achieved commercial success, peaking inside the top ten on eleven countries. The song was certified Platinum by the Australian Recording Industry Association (ARIA), for selling over 70,000 physical units of the single. It was also certified Silver by the Syndicat National de l'Édition Phonographique (SNEP) in France, and Gold by the Recording Industry Association of New Zealand (RIANZ). An accompanying music video, directed by Nigel Dick, portrays Spears as the girl next door. Spears performed "Sometimes" on three world tours, including ...Baby One More Time Tour, where the singer performed a cover of "Open Arms" by Journey before it, Oops!... I Did It Again World Tour, wearing an outfit similar to the one she wore in the music video of the song, and Dream Within a Dream Tour, where Spears emerged from the middle of a giant musical box as a ballerina to perform the song in a medley with and "Lucky" and "Born to Make You Happy". 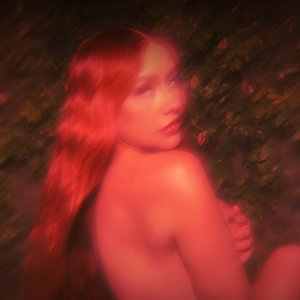 Related Tracks
Britney Spears - Born to Make You Happy
Britney Spears - From the Bottom of My Broken Heart
Christina Aguilera - I Turn to You
Christina Aguilera - What a Girl Wants
Mariah Carey - Always Be My Baby
Backstreet Boys - Quit Playing Games (With My Heart)
Mariah Carey - My All
Spice Girls - 2 Become 1
*NSYNC - This I Promise You
Backstreet Boys - I Want It That Way
Spice Girls - Say You'll Be There
Rihanna - S&M Remix
*NSYNC - It's Gonna Be Me
Natalie Imbruglia - Torn
Kelly Clarkson - Because of You
Jennifer Lopez - If You Had My Love
Céline Dion - Because You Loved Me (Theme from Up Close and Personal)
Cher - Believe
Madonna - Take a Bow
Rihanna - California King Bed
Jennifer Lopez - Waiting for Tonight
Madonna - Ray of Light
will.i.am - Scream & Shout
LeAnn Rimes - Can't Fight the Moonlight
Selena Gomez & the Scene - Love You Like a Love Song