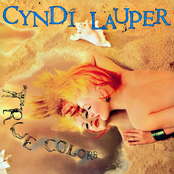 You with the sad eyes
Don't be discouraged
Oh, I realize
It's hard to take courage
In a world full of people
You can lose sight of it all
And the darkness inside you
Can make you feel so small

Show me a smile then,
Don't be unhappy
Can't remember when
I last saw you laughing
If this world makes you crazy
And you've taken all you can bear
You call me up
Because you know I'll be there


(Can't remember when I last saw you laughing)

True Colors was performed by Cyndi Lauper. When it was released in 1986 it reached #1 on the U.S. Billboard Hot 100, #3 in Australia, and #5 on the UK Singles Chart. Billy Steinberg originally wrote True Colors about his own mother. Tom Kelly altered the first verse and the duo submitted the song to Cyndi Lauper. Other songs they wrote for Cyndi Lauper include "I Drove All Night" and "Unconditional Love", the latter of which went on to be covered by Susanna Hoffs True Colors also became a legend of its own in the gay community. Lauper embarked on a 2007 annual True Colors Tour 2007 with several other acts including Deborah Harry and Erasure. The tour was for the Human Rights Campaign to promote human rights in the US and beyond. A second True Colors tour is currently underway in the US.[citation needed] The song has been used in many advertisements, including; * Dove "Campaign for Real Beauty" * Kodak - Used in "Show Your True Colors" campaign; also as the pre-show film for "Honey, I Shrunk the Audience" * Peugeot "The Drive of your Life" / 406 sedan * Aer Lingus "Appearances" * Marks & Spencer * Sky+ HD 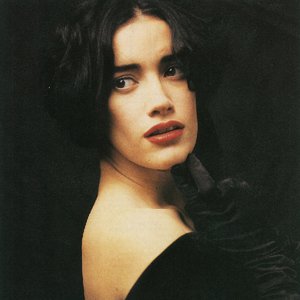 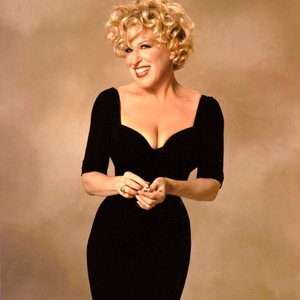 Related Tracks
Cyndi Lauper - Time After Time
Cyndi Lauper - All Through the Night
The Bangles - Eternal Flame
Bonnie Tyler - Total Eclipse of the Heart
Heart - These Dreams
The Pretenders - I'll Stand By You
Debbie Gibson - Lost in Your Eyes
Lionel Richie - Say You, Say Me
Roxette - Listen to Your Heart
Richard Marx - Right Here Waiting
The Bangles - Manic Monday
Mr. Mister - Broken Wings
The Cars - Drive
Bananarama - Venus
Madonna - Live to Tell
Heart - Alone
Tina Turner - What's Love Got to Do With It
Martika - Toy Soldiers
The Police - Every Breath You Take
Peter Cetera - Glory of Love
Air Supply - All Out of Love
Berlin - Take My Breath Away
Chris de Burgh - The Lady in Red
Madonna - True Blue
Air Supply - Making Love Out of Nothing At All