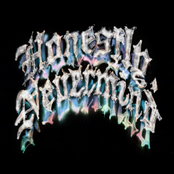 Concluding the house-inspired "Honestly, Nevermind", Drake switches up for the album’s final song, trading bars with 21 Savage, on a hard-hitting instrumental. Chock-full of name-drops, references, threats, and exclamations, the two rappers stay true to their roots when it comes to establishing dominance within the rap game. “Knife Talk,” the previous collaboration between the pair, contains a similarly menacing aura, which 21 interpolates during his half on the track. The song also opens with a sample from 1999’s “Just Awaken Shaken” by Playa Fly. Fly is a rapper from Memphis, Tennessee, an area with a unique sound in hip-hop, a sound that both “Jimmy Cooks” and “Knife Talk” aim to utilize with their catchy and repetitive melodies. The aforementioned Certified Lover Boy collaboration, “Knife Talk,” additionally features Project Pat, whose role as a Memphis rapper on the track’s intro is reprised through the use of the Playa Fly sample on this track. The song’s title refers to Drake’s character in the Canadian series Degrassi: The Next Generation, Jimmy Brooks. Drake portrayed the basketball star from 2001 until his departure from the show in 2009. “Jimmy Cooks” could be Drake incorporating a line from the song’s first verse: "Plus I’m cookin' up ambition on a kitchen stove" In short, “Jimmy Cooks” is Drake’s way of acknowledging his past as an actor while focusing on his future and ambition for rapping.