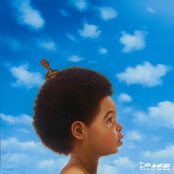 Nothing Was the Same

[Bridge:]
How you feel about coming home with a nigga for the night?
If you nervous, hit the lights, I know we only fucking out of spite
Cause your man don't do you right, do you right
I could fuck you so good then I hit you with the 9am in Dallas who you like
Baby who you like

[Verse:]
Machine gun raps for all my niggas in the back
Stadium packed, just glad to see the city on the map
I just gave the city life, it ain't about who did it first
It's about who did it right, niggas looking like "Preach"
Open cases on me for a half a million each
I find peace knowing that it's harder in the streets
I know, luckily I didn't have to grow there
I would only go there cause there's niggas that I know there
I don't know what's getting into me
I just like the rush when you see your enemy somewhere in the club
And you realize he just not in a position to reciprocate your energy
You ain't ever worried cause he's not who he pretends to be
People like Mazin who was a best friend to me
Start to become a distant memory
Things change in that life and this life started lacking synergy
And fucking with me mentally, I think it’s meant to be
Paranoid, always rolling with my mothafuckin' boys
But you gotta understand when it's yours
They don't really leave your ass with a mothafuckin' choice