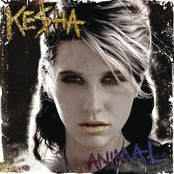 “Backstabber” is the ninth track from Kesha’s debut album "Animal". In the track, Kesha discusses a gossiping ‘friend’ of hers, and how she hears all about her own life from others because of the twisted rumours that person spreads. "A very close friend of mine stole my car one night. The car is gone, and I was like, ‘What a backstabber!’ And then I found out that she was also talking shit, so I was like, ‘What a shit-talker!’ The next day, I had a writing appointment in Long Beach, California. I got there and I was like, ‘We should write a song about this girl.’ The line in the song is, ‘Jeanie, why you gotta tell the secrets about my sex life?’ I write how people would talk over a drink." –via Billboard (2010) In December of 2021, the song went viral on social media app, Tik Tok, and continued trending until March of 2022.