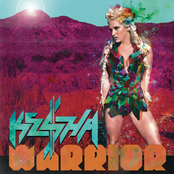 "C'Mon" is a song performed by Ke$ha. It was released as a promo single from Ke$ha's second studio album "Warrior" and It appears as track three on the album. The track is written by Ke$ha herself, Benjamin Levin, Dr. Luke, Henry Walter, Max Martin and Bonnie McKee. While Dr.Luke, Max Martin, Cirkut and Benny Blanco serve as the producers. The song was produced in the genres of Dance-pop, bubblegum pop and electro-pop - as Ke$ha sings through the chorus "C’mon ’cause I know what I like, And you’re looking just like my type. Let’s go for it just for tonight. C’mon, c’mon, c’mon." and features the predominant use of vocoders in the verses.