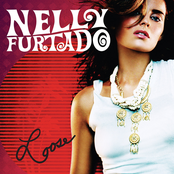 N: Am I throwing you off?
T: Nope!
N: Didn't think so...
T: How ya doing young lady
The feeling that you gave me really drives me crazy
You don't have a player on your trunk
I was at a loss of words
First time that we spoke

N: If your looking for a girl that'll treat you right
If you looking for her in the day time in the light
T: You might be the type if I play my cards right
I'll find out by the end of the night

N: You expect me that just let you hit it
But will you still respect me if you get it?

T: All I can do is try, give me one chance
What's the problem? I don't see no ring on your hand

I'll be the first to admit it, I'm curious about you, you seem so loose

N: You wanna get in my world, get lost in it
Boy I'm tired of running, lets walk for a minute

Chorus-
T: Promiscuous girl
Wherever you are
I'm all alone
And it's you that I want

N: Promiscuous boy
You already know
That I'm all yours
What you waiting for?

T: Promiscuous girl
You're teasing me
You know what I want
And I got what you need

N: Promiscuous boy
Let's get to the point
Cause we're on a roll
You ready?

Verse-
N: Roses are red
Some diamonds are blue
Chivalry is dead
But you're still kind a cute

T: Hey! I can't keep my mind off you
Where you at, do you mind if I come to

N: I'm out of this world come with me to my planet
Get you on my level do you think that you can handle it?

N: I'm a big girl I can handle myself
But if I get lonely I may need your help
Pay attention to me I don't talk for my health
T: I want you on my team
N: So does everybody else.

T: Baby we can keep it on the low
Let your guard down ain't nobody gotta know
If you with it girl I know a place we can go

N: What kind of girl do you take me for?

Chorus-
T: Promiscuous girl
Wherever you are
I'm all alone
And it's you that I want

N: Promiscuous boy
You already know
That I'm all yours
What you waiting for?

T: Promiscuous girl
You're teasing me
You know what I want
And I got what you need

N: Promiscuous boy
Let's get to the point
Cause we're on a roll
You ready?

T: Wait! I don't mean no harm
I can see you with my t-shirt on

N: I can see you with nothing on
Feeling on me before you bring that on

T: Bring that on?
N: You know what I mean

T: Girl, I'm a freak you shouldn't say those things

N: I'm only trying to get inside of your brain
To see if you can work me the way you say

T: It's okay, it's alright
I got something that you won't like

N: Hands of the trigger are you talking trash?
Is your game M. V. P. Like Steve Nash?

Chorus-
T: Promiscuous Girl
Wherever you are
I'm all alone
And it's you that I want

N: Promiscuous Boy
I'm calling your name
But you're driving me crazy
The way you're making me wait

T: Promiscuous Girl
You're teasing me
You know what I want
And I got what you need

N: Promiscuous Boy
We're one and the same
So we don't gotta play games no more

"Promiscuous" (also known as "Promiscuous Girl") is a song recorded by singer Nelly Furtado and Timbaland for Furtado's third album, Loose (2006). Furtado, Timothy "Attitude" Clayton, Timbaland and Danja wrote the song, and Timbaland and Danja produced it. The song lyrics feature a conversation between a man and woman who call each other a "promiscuous" boy or girl. "Promiscuous" was released as the first single from Loose in North America in early 2006, and as the second single elsewhere in mid-2006 except in Latin America, where the single was released as the third single in late 2006. The song received positive reviews and became Furtado's first number-one single in United States. It won in the Best Pop Song category at the 2006 Billboard Music Awards, was nominated for the Best Pop Collaboration with Vocals Grammy Award at the 49th Annual Grammy Awards and won Single of the Year at the 2007 Juno Awards. The song got a number 3 on the Billboard Year-End Hot 100 singles of 2006. The lyrics of "Promiscuous" describe the two sides of the relationship that the song's protagonist deals with. It was one of the first songs Furtado wrote with labelmate Timothy "Attitude" Clayton. Furtado called their teamwork something she "had never done before" because she saw the writing process as "extremely freeing" because of his different approach and style. Clayton helped Furtado experiment with interpreting the "promiscuous girl" character and the two-sided relationship she is in. Furtado also described that in the process of writing lyrics "we were actually flirting, which is why the song is so playful" and that she and Clayton nicknamed the song "'The BlackBerry Song', because everything we say in the song you could text-message to somebody". Because of the preponderant musical influence of artists such as Talking Heads, Blondie, Madonna, The Police and Eurythmics, whom producers Timbaland and Danja listened to during the writing of the album, "Promiscuous" takes inspiration from pop music of the 1980s. The sexuality was based on the "strong women in control" of the 1990s, such as Queen Latifah, MC Lyte, Yo-Yo, Salt-N-Pepa and TLC. A reference to basketball player Steve Nash in the song's lyrics led to speculation that he and Furtado were romantically involved, but both deny the link, with Nash commenting, "I'm flattered that she put me in her song, but I'm completely in love with my wife and two little baby girls". Furtado decided to include him because she and Nash are both from Victoria, British Columbia, and due to frequent citations of basketballers in songs, she decided to "give him the props". In one of the verses Timbaland introduces himself as Thomas Crown. The Thomas Crown Affair is a film about wealthy businessman who plays a cat-and-mouse/flirting game with an insurance investigator. Timbaland only performed the song live on special occasions, such as Furtado's appearance on Saturday Night Live, and the 2006 MuchMusic Video Awards. Starting with Furtado's show at the 94th Grey Cup on November 19, 2006, and extending into the Get Loose Tour, Timbaland's part is filled in by Canadian rapper Saukrates. The song's music video was directed by Little X and features cameo appearances by Keri Hilson, Bria Myles and Justin Timberlake. It does not follow a storyline and per Furtado's request, focuses on scenes with dancing and flirting because she wanted to recreate the song's indicative vibe, and took the opportunity to film a club video for the first time. Furtado said of the video, "It's that whole dance that goes on. There's that mystery there, the fun, playful sexiness, the verbal Ping-Pong game". Furtado and Timbaland cannot decide whether they want to begin dating or instead flirt with others on the dance floor. Their single performances are intercut with several scenes of a dancing crowd, and the lighting changes between blue, green, red, and yellow colors. "Promiscuous" premiered on MTV's Total Request Live on May 3, 2006, where it reached number one after spending twenty-one days on the countdown. After its debut on MuchMusic's Countdown, it ascended to number one for the week of July 28, 2006. At the 2006 MTV Video Music Awards, it was nominated for the Best Dance, Female and Pop Video Awards. The video was parodied by MADtv in a segment entitled "Syphilis Girl"; in the video, Furtado (Nicole Parker) is comically portrayed as having given Timbaland (Jordan Peele) the sexually transmitted disease, as well as on YouTube by the comedic group Train of Thought Sketch Comedy, where the video is parodied by troupe member Kaci and features a puppet version of Timbaland. 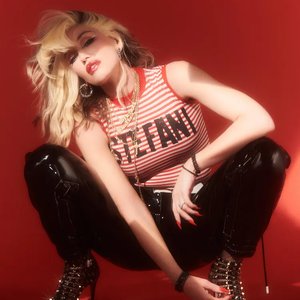 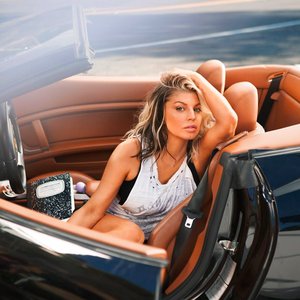 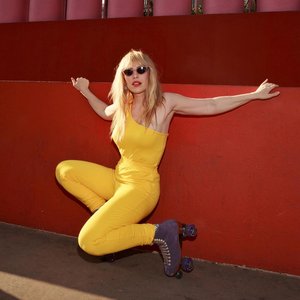