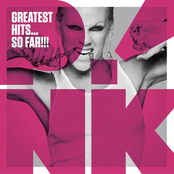 This ballad is the second single by pop singer Pink from her greatest hits collection, titled Greatest Hits… So Far!!!. The track was released November 3, 2010. The clean version recorded for radio is titled "Perfect." F**kin' Perfect Songfacts says the song's music video was directed by Dave Meyers, who has previously collaborated with Pink on many occasions before including her VMA winner "Stupid Girls." The clip tells the story of a woman who from an early age battled an eating disorder and cutting. She is eventually able to deal with her personal demons and becomes a successful artist. Pink commented on her website: "Cutting, and suicide, two very different symptoms of the same problem, are gaining on us. (the problem being; alienation and depression. the symptoms; cutting and suicide). I personally don't know a single person who doesn't know at least two of these victims personally." The lead role was played by American actress Tina Majorino, who is best known to many as the character of Deb in the 2004 film Napoleon Dynamite. The F**kin' Perfect Songfacts also says that according to Pink, she started writing the song about her husband (Carey Hart), but it shifted meaning to her fans, and little girls and eventually "it was about this thing inside of me that I didn't even know yet," she told Entertainment Weekly. "It's just all of it." The track opens with Pink declaring that despite all her flaws, she's "still around." Once she gets to the chorus, the potty-mouthed singer comes over all motivational and tells the listener that they should look past their imperfections and see themselves as "F---in' Perfect."