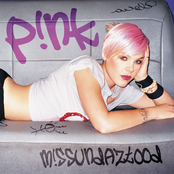 Get the Party Started

Get the Party Started is a song by P!nk, and was the first single from her second album, M!ssundaztood. It became an international hit and reached the top ten in many countries. The song was written by former 4 Non Blondes frontwoman, Linda Perry. It reached number four on the U.S. Billboard Hot 100 on December 29, 2001, becoming P!nk's second biggest solo hit in the U.S. with Most Girls also reaching number four on the Billboard Hot 100 in 2000 and So What reaching number one in 2008. It peaked at number two in the UK, where it was narrowly denied the top spot.