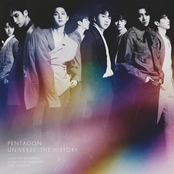 Shine (빛나리) is a song recorded by South Korean boy group PENTAGON. It was released on April 2, 2018, as the title track from the group's third mini album, Positive. The track was written by Dawn, Hui, Yuto, Wooseok and Flow Blow. Shine, and it's mini album Positive were PENTAGON's last comeback with member Dawn. The track was PENTAGON's biggest single, slowly rising through the Melon chart and finally peaking at #16. Due to the slow rise in popularity of the song, the group's promotion for the mini album was extended by two weeks. It also charted at #6 on Billboard's World Digital Songs Chart.