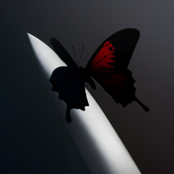 Cooped Up (with Roddy Ricch)

“Cooped Up” is the second single from Post Malone’s fourth album "twelve carat toothache". It marks Post’s second joint with Roddy Ricch since the remix of Post’s hit “Wow.” released in March 2019. A few short snippets of the song were played by Post during a Live on April 23. Five days later, Post’s manager Dre London, announced the album and release date, confirming the song with a preview of a short-clip of Post Malone’s verse. On May 10, the song was announced on Instagram with a teaser of the single. It was released two days later.