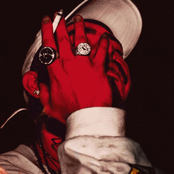 Money Made Me Do It

“Money Made Me Do It” pays homage to Bankroll Fresh, an Atlanta rapper who was best known for his 2015 self-titled mixtape and his hit songs, “Walked In” and “Hot Boy”. He was killed in a tragic shooting on the night of March 4, 2016, at the age of 29. The deadly scene occurred at Street Execs studio where dozens of shell casings were reportedly found. Many rappers have paid tribute in light of his death which include Lil Wayne, Pusha T, and even 2 Chainz himself. Two months prior to the song’s release and a week after his untimely death occurred, he explained how the late MC’s passing affected him in an interview on The Wendy Williams Show: "He was an authentic trap rapper from Atlanta, who touched many lives and lit up every room he went to. It was super unfortunate, super unnecessary, super senseless. And it just made me want to step up and use my platform for more positivity."