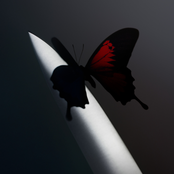 On his vulnerable album intro, Austin lays all his vulnerabilities and short comings on full display. Weighing heavy on his conscious, Austin delves into the price that comes with his enormous fame, and the effect it has on his personality and relationships. In the same fashion and with similar themes as his 2019 album’s intro, “Hollywood’s Bleeding,” this intro sets the tone thematically for the remainder of the album. Although unclear whether he is addressing a past lover or his own fans, Austin discusses themes of self-reflection, regret, emotional vulnerability and sacrifice. In an effort to portray the full spectrum of his emotions, Austin employs a simple combination of sounds, formed by a piano and his own voice. In addition to the simple fusion of sounds, he also uses repetition multiple times throughout the song, most notably in his second verse, augmenting the agony and regret he’s going through. One interesting point to note is Austin’s use of piano, which is a rare occurrence on his songs (and hopefully a recurrent one).