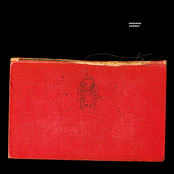 I jumped in the river and what did I see?
Black-eyed angels swam with me
A moon full of stars and astral cars
All the things I used to see
All my lovers were there with me
All my past and futures
And we all went to heaven in a little row boat
There was nothing to fear and nothing to doubt

"Pyramid Song” is a piano-driven piece with vocals and lyrics by Yorke. It also features string orchestrations by band member Jonny Greenwood. The song builds to a climax with the introduction of Phil Selway’s jazz-influenced compound rhythm and the siren-like wails of the Ondes Martenot, an early electronic instrument also played by Jonny. Colin Greenwood plays upright bass rather than his usual electric; O’Brien adds subtle electric guitar to live versions, playing with lots of delay. The song was produced by Nigel Godrich together with Radiohead. At various times “Pyramid Song” has also been known as “Egyptian Song” and “Nothing to Fear,” from a lyric in its chorus.[5] It received its live début in 1999 at the Tibetan Freedom Concert in Amsterdam, at which it was performed solo by Yorke on piano. Subsequently the full-band version became a part of Radiohead’s anticipated concert tours in 2000, both before and after the release of Kid A. “Pyramid Song” was one of several new songs played live but not included on that album, leading some to criticize the band for leaving off their most melodic new material. Originally slated for a series of EPs or singles, “Pyramid Song” and the other unreleased songs (such as “You and Whose Army?” and “Knives Out”) eventually came together as the follow-up Amnesiac, along with other material that had been recorded during the marathon Kid A sessions. “Pyramid Song” was in fact recorded during this time, although not included on Kid A; for example, its string parts were performed by the Orchestra of St. John’s during the same day as those used in Kid A ‘s “How to Disappear Completely” (as well as Amnesiac ‘s “Dollars & Cents”). When “Pyramid Song” is performed live, Yorke usually sings along with O’Brien backing with electric guitar the parts assigned to the strings in the studio version. In recent live performances Jonny has contributed guitar, played with a bow. The end of “Pyramid Song” is sampled by the band in “Pulk/Pull Revolving Doors,” the following track on Amnesiac. The lyrics of “Pyramid Song” have been seen as largely based on Dante’s Divine Comedy with references to the Inferno, Purgatory, and Paradise, though Yorke has mentioned the Tibetan Book of the Dead (Bardo Thodol), the Egyptian Book of the Dead, and Hermann Hesse’s Siddhartha as other possible inspirations. The first two lines bear a resemblance to the beginning of the first verse of “Swing Low, Sweet Chariot.” The line “and we all went to heaven in a little row boat” is nearly identical to a lyric found in Tom Waits’ 1985 song “Clap Hands,” which itself is taken from a 1965 hit by Shirley Ellis, “The Clapping Song.” The video for “Pyramid Song”, directed by collective Shynola, features a combination of computer 3D and hand-drawn animation and was based on a dream that lead singer Thom Yorke once had. Following on from the more abstract Kid A promotional blips, it was the first Radiohead video not to feature any depiction of the band or singer (the animated “Paranoid Android” clip had briefly included a caricature of each member around a table in a pub). The video won several awards, including NME Carling’s best video of the year. The song is infamous among fans for its time signature, which many find hard to discern or even nonexistent. However, one possibility is that “Pyramid Song” could be based around an uncommon subdivision of 8/8 time (3+3+2) in which the eighth notes are swung. This could also be expressed as 16/8 time subdivided as 3+3+4+3+3. Another interpretation which can be found be following the drum pattern is a cycle of 5/4-4/4-4/4-3/4 that repeats itself throughout the song.