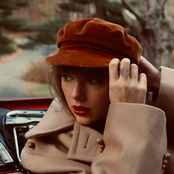 Message in a Bottle (Taylor's Version) (From the Vault)

"Message in a Bottle" is a song recorded by American singer-songwriter Taylor Swift. Released by Republic Records, it is the twenty-fifth track on Swift's second re-recorded album, Red (Taylor's Version) (2021). The song was written by Swift, Max Martin, and Shellback, the latter of whom also produced the song with Elvira Anderfjärd. It impacted US pop and adult pop radio stations as a single in November 2021. "Message in a Bottle" is a 1980s-influenced electropop and dance song with synthesizers and a pulsating bass. In reviews of Red (Taylor's Version), some critics praised the song's production and likened it to the sound of Swift's 2014 album, 1989, but a few others found the song underwhelming in comparison to other pop tracks on the album. The song reached the top 40 of charts in Australia and Canada. It peaked at number 45 on the Billboard Hot 100, and has entered the top twenty of the Adult Top 40 and Mainstream Top 40 airplay charts.