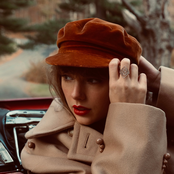 [Verse 2]
You come around and the armor falls
Pierce the room like a cannonball
Now all we know is don’t let go
We are alone, just you and me
Up in your room and our slates are clean
Just twin fire signs, four blue eyes

“State of Grace (Taylor’s Version)” is an energetic rock anthem that portrays “the feeling of falling in love in an epic way”. Taylor likens the purity of this new love to the religious concept of a “state of grace”, a condition of being “free from mortal sin” where someone becomes “God-like, notably through mercy and love”. Many Taylor Swift fans assume that the song was written about Jake Gyllenhaal, Taylor’s ex-boyfriend. The pair dated for three months in late 2010, making it Taylor’s most recent public relationship when “State of Grace” was first released. The connection is suggested through the lyrics “twin fire signs” and “four blue eyes”. Jake’s astrological sign is Sagittarius (a “fire sign”) and he has blue eyes, traits that he has in common with Taylor. A more sensitive and subdued acoustic version of the song also appears on the album.