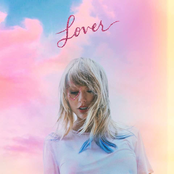 [Verse 1]
I would be complex, I would be cool
They'd say I played the field before I found someone to commit to
And that would be okay for me to do
Every conquest I had made would make me more of a boss to you

[Pre-Chorus]
I’d be a fearless leader
I'd be an alpha type
When everyone believes ya
What's that like?

[Verse 2]
They'd say I hustled, put in the work
They wouldn’t shake their heads and question how much of this I deserve
What I was wearing, if I was rude
Could all be separated from my good ideas and power moves

“The Man” is the fourth single from Taylor Swift's seventh studio album, Lover. The track was released on August 23, 2019 with the album, and was sent to radios on January 27, 2020. A lyric video was released on February 7, 2020, and an official music video premiered on her channel on February 27th, 2020. The song was co-written by Taylor Swift and Joel Little and peaked at #23 on the Billboard Hot 100 the week of Lover's release.