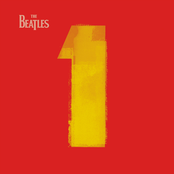 "Help!" is a song by The Beatles that served as the title song for both the album Help! and the film Help!. It was also released as a single, and was #1 for three weeks in both the UK and USA. "Help!" was written primarily by John Lennon, but credited (as all Beatles song written by either person) to Lennon/McCartney. Paul McCartney reports that he had a hand in writing the song as well, being called in "to complete it" in a two-hour joint writing session at Lennon's house. In 2004, "Help!" was ranked number 29 on Rolling Stone magazine's list of the 500 greatest songs of all time. Cover versions: - In 1968, Deep Purple recorded a cover version (greatly slowed-down) of the song on their album Shades of Deep Purple. Consistent with Lennon's other remark's about the song, he said that this version was 'the way the Beatles' should have done it'. - In 1970, the Carpenters did a cover version for release on their album, "Close to You". It was not released as a single. - In 1976, Henry Gross covered it for the ephemeral musical documentary All This and World War II. John Lennon once stated that this was his favourite version of the song. George and Paul do backing vocals. - In 1976, The Damned covered the song for the B-side of "New Rose". - In 1980, Australian vocalist John Farnham released the song as a piano-based ballad recorded at a much slower tempo. - In 1985, Ford Motor Company reportedly paid $100,000 for the use of the song in commercials promoting their Lincoln-Mercury product line. This was the first time a Beatles song was used for a national commercial campaign. - In early 1984, Tina Turner released a version of the song recorded with The Crusaders as the follow-up to her successful cover of Al Green's "Let's Stay Together". "Help!" peaked at #40 in the U.K. but went relatively unnoticed elsewhere. The following single "What's Love Got to Do with It" became her big comeback and "Let's Stay Together" and "What's Love Got to Do With It" were later both included on her multiplatinum selling album Private Dancer - her ballad version of "Help!" was however only included on the European editions of the album. - U2 played it often during their 1986 A Conspiracy of Hope Tour and 1987 Joshua Tree Tour at a slower tempo. - In 1989, the song was recorded by British girl group Bananarama alongside French & Saunders and Kathy Burke and released as the official Red Nose Day single to raise money for Comic Relief. French, Saunders and Burke were credited as Lananeeneenoonoo (a paraody of Bananarama who they had imitated in the French & Saunders television programme). This version reached #3 in the UK charts. - Noel Gallagher performed it at certain Oasis concerts at a slower tempo. - Paul McCartney also slowed it down a bit when he played it during his 1990 concert tour as part of a tribute to Lennon. - "Help!" has also been covered by The Carpenters, Michael Stanley, dc Talk, Dolly Parton, Alma Cogan, Rick Wakeman, Howie Day, McFly, Roxette and Fountains of Wayne. - In 1991, the Finnish metal band Waltari covered Help! on their debut album, Monk Punk. - In 1998 The Punkles did a Punk cover of this song on their first album. - In 1999, British jazz singer Claire Martin recorded a slowed-down cover on her album "Take My Heart" with Noel Gallagher on guitar. - In 2000, Tsunku and 7HOUSE covered "Help!" on their Beatles' cover album, "A Hard Day's Night". - In 2003 Art Paul Schlosser recorded a parody of "Help!" called Smelt which is on on his Words of Cheese and Other Parrot Trees CD now at Apple iTunes. - In 2007, Rapper, Lil' Wayne, sampled the song's chorus for his new official mixtape entitled, The Leak. The song was replaced on The Leak, however, and was instead put on various underground mixtapes. - French artist Louis Bertignac, previously of Téléphone, covered the song on his 2005-2006 tour, along with another Beatles song, "I'm Down". 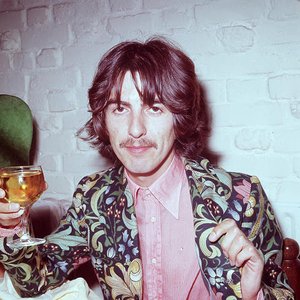 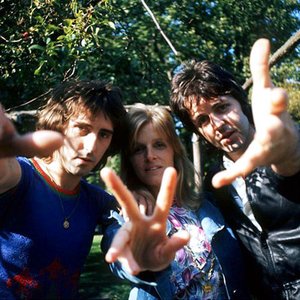 Related Tracks
The Beatles - Ticket to Ride
The Beatles - Yesterday
The Rolling Stones - (I Can't Get No) Satisfaction
Creedence Clearwater Revival - Fortunate Son
The Beach Boys - Wouldn't It Be Nice
The Rolling Stones - Paint It Black
The Doors - People Are Strange
Elvis Presley - A Little Less Conversation
The Beach Boys - God Only Knows
The Animals - The House of the Rising Sun
The Mamas & the Papas - California Dreamin'
The Kinks - You Really Got Me
George Harrison - Got My Mind Set on You
Bob Dylan - Like a Rolling Stone
Jefferson Airplane - Somebody to Love
The Turtles - Happy Together
Creedence Clearwater Revival - Bad Moon Rising
The Kinks - Sunny Afternoon
Paul McCartney & Wings - Band on the Run
The Monkees - I'm a Believer
Simon & Garfunkel - Mrs. Robinson
Simon & Garfunkel - The Sound of Silence
David Bowie - Space Oddity
The Who - My Generation
Buffalo Springfield - For What It's Worth