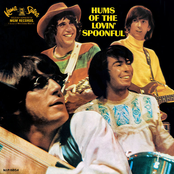 Summer in the City

Hums Of The Lovin' Spoonful

The Lovin' Spoonful - Summer in the City

[Verse 1]
Hot town, summer in the city
Back of my neck getting dirty and gritty
Been down, isn't it a pity
Doesn't seem to be a shadow in the city
All around, people looking half-dead
Walking on the sidewalk, hotter than a match head

[Verse 2]
Cool town, evenin' in the city
Dressin' so fine and lookin' so pretty
Cool cat, lookin' for a kitty
Gonna look in every corner of the city
'Til I'm wheezin' like a bus stop
Running up the stairs, gonna meet you on the rooftop

"Summer in the City" was a 1966 hit single by The Lovin' Spoonful, written by Mark Sebastian (brother of John Sebastian) and Steve Boone. It came from their album, Hums of the Lovin' Spoonful. It reached number one on the Billboard Hot 100 on August 13. The song featured a series of car horns, during the instrumental bridge, starting with a Volkswagen Beetle horn, and ending up with a jackhammer sound, in order to give the impressions of the sounds of the summer in the city. The song is ranked #393 on the Rolling Stone magazine's list of The 500 Greatest Songs of All Time. The signature keyboard part is played on a Hohner Pianet, and the organ is a Vox Continental. Story When at Blair Academy, Mark Sebastian submitted the lyrics as a poem for the literary magazine. That poem, entitled "Summer In the City," had the refrain "but at night it's a different world, go out and find a girl, come on, come on and dance all night, despite the heat it'll be alright, and babe don't you know it's a pity, the days can't be like the night, in the summer in the city." His older brother John changed the slower verses to a more upbeat model, keeping the title and the refrain. Mark's part remains as he wrote it, words and music. Bassist Steve Boone added the instrumental coda in the middle. Media appearances The song was featured on The Simpsons episode "Papa's Got a Brand New Badge", Only Fools and Horses episode "Miami Twice", in the opening scenes of the Bruce Willis action film Die Hard: With a Vengeance, in a Gatorade commercial, the 1994 PBS documentary Baseball: A Film by Ken Burns, in the 1989 movie The Karate Kid, Part III, in an advert for the UK retailer Marks & Spencer and recently in a commercial for Dutch brewer Grolsch. The song was used in the Debenhams advert "Actor". The song was also featured on the show, Family Ties, when Steven Keaton (Michael Gross) sings the first few lyrics while narrating a home movie. On a VH1 Classic episode of Classic Albums featuring Disraeli Gears by Cream, it was asserted that the predominant guitar riff of the song "Tales of Brave Ulysses" was inspired by the keyboard riff of "Summer in the City" . The song gave its name to and is featured in the first film by German art-director Wim Wenders, Summer in the City, from 1970. Most recently, the song was used as background music in American Idol Season 8 when the tryouts were in Phoenix, Arizona. Covers and samples Cover versions of the song include BB King in 1972, Quincy Jones in 1973, Tim Curry in 1982, Joe Cocker in 1993, The Stranglers on their 1997 album Written in Red, and Joe Jackson released in 2000 a live album titled Summer in the City: Live in New York. The album opens with a cover of the song. The Butthole Surfers covered the song on "Music for Our Mother Ocean (MOM)" Series No. 3 released in 1999. Styx covered the song on their "Big Bang Theory" released in 2005. It was also sampled by Dan Le Sac Vs Scroobius Pip in 2006 for their song "Time We Met Musik". A modified version of the chorus was used in the third single Thru Ya City from Art Official Intelligence: Mosaic Thump by De La Soul, Feat. D.V. Alias Khrist. The Quincy Jones cover of "Summer in the City" has been sampled by Massive Attack in the song "Exchange" from their acclaimed album Mezzanine, Nightmares on Wax in his song "Night's Introlude" on the album Smokers Delight, and also by The Pharcyde on their seminal hit "Passin' Me By" from the album Bizarre Ride II the Pharcyde. Another cover, by the Gutter Brothers appeared on the soundtrack to the Only Fools and Horses film "Miami Twice". The song has also been covered by UK jazz-dance act, Incognito on the 2006 album Bees + Things + Flowers. Comedians Horatio Sanz and Fred Armisen sang the song on the 2004 season finale of Saturday Night Live during a sketch that contained different cast members singing songs that had a summer theme. In 1989, the band Eat also released a cover of the song. Country music artist Larry Stewart recorded it on his 1999 album Learning to Breathe. In 2008, Barry Hay (The leadsinger of Golden Earring) covered this song together with the Metropole Orchestra. 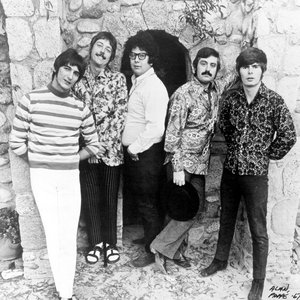 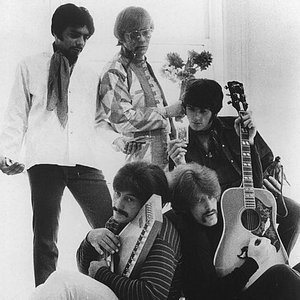 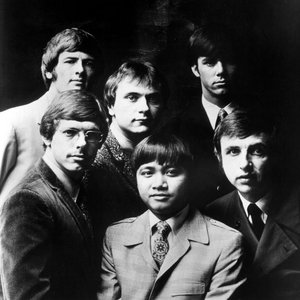 Related Tracks
The Lovin' Spoonful - Daydream
The Box Tops - The Letter
The Monkees - Last Train to Clarksville
The Byrds - Mr. Tambourine Man
The Beach Boys - Good Vibrations
The Mamas & the Papas - Monday, Monday
The Monkees - I'm a Believer
The Byrds - Turn! Turn! Turn! (To Everything There Is a Season)
The Hollies - Bus Stop
The Spencer Davis Group - Gimme Some Lovin'
The Youngbloods - Get Together
Donovan - Mellow Yellow
The Lovin' Spoonful - Do You Believe In Magic?
The Troggs - Wild Thing
Herman's Hermits - No Milk Today
The Mamas & the Papas - California Dreamin'
The Easybeats - Friday on My Mind
The Turtles - Happy Together
Buffalo Springfield - For What It's Worth
The Yardbirds - For Your Love
The Zombies - Time of the Season
Van Morrison - Brown Eyed Girl
Del Shannon - Runaway
The Kinks - Sunny Afternoon
Barry McGuire - Eve Of Destruction